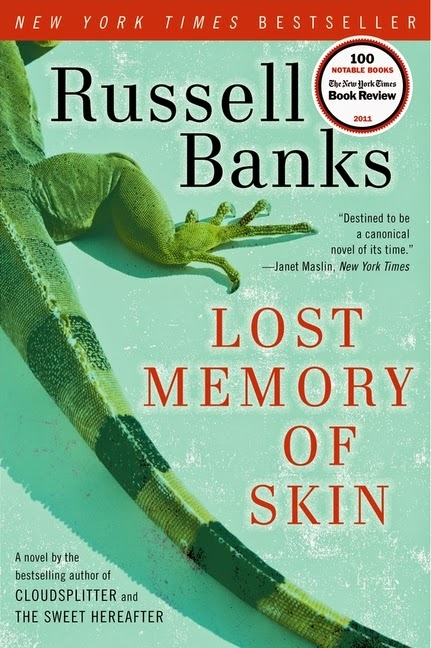 I read too many books to buy them, so I'm dependent on the offerings of my public library.  With my move to Portland, Oregon in 2010, I've come to use Multnomah County's online eBook service through Library-to-go more than the physical library branch.  There's nothing wrong with Portland's public libraries, but age and disease have taken their toll on me.  It's easier to prowl the stacks from home.  I've got to say, too, that I find the eBook format attractive.  It's always been about content for me, not packaging, so I embrace my Kindle and Nook without hesitation.

But, that's changed my book selection habits considerably. Browsing Library-to-go is different from visiting the library's new book section (where new is always months behind the bookstores).  It's different, even, from roaming the stacks of the brick-and-mortar collection.  The online library offers several different ways to access their titles other than the mere fiction/non-fiction divide.  On-line, books may be presented by acquisition date, which reaches further back than just "new;" or, possibly by something called "relevancy," a term I've yet to see defined.  Search filters allow me to browse books that style themselves "literature," or focus on historical fiction.  The Library-to-go search engine always presents me with possible alternative titles I might like at the bottom of a selection's description page. This allows the possibility of surfing the library like you do the Internet.  Visits to Library-to-go sometimes take longer than visits to the physical library.  Russell Banks 2011 Lost Memory Of Skin was a recent acquisition of the eBook library, so it popped up when I asked for literary fiction listed by order of acquisition date.

It has been quite a while since I've read a Russell Banks book. Lost Memory Of Skin has a lot of familiar Banksonian elements.  He has given a gritty realistic feel to its dialogue.  It examines the inner lives and thought habits of young men, and, is inspired by actual events in the real world.  As usual, through a particular fictional story he has helped us examine social problems in new ways. Those problems are distinct, yet intertwined: internet pornography, our criminal justice system, the collusion of big government and academia, and the tension between privacy, secrecy, and individual responsibility.

Banks signals his intention that the story be read as more than what the surface plot gives us when he fails to give any of the major characters names.  We have the "Kid," the "Professor," and a "Writer." They interact with characters named, "Shyster," "Rabbit," and "Paco."  The characters with real names are minor and two dimensional.  Those with street names fill out and seem real.  What we expect is turned on its head.  There is a lot of that going on here.

In a rare moment of candor, one of the characters (it would be telling to give the name, so I won't), sums up what seems to be the major dilemma faced by those in the book.  "...I don't feel guilty for all those years of deceit and betrayal, secrecy and lies.  That was the nature of the world then and now, and those are the rules of the game that runs the world.  And once you know that, you either play the game or it plays you.  I only regret that I stopped playing the game.  Now it's playing me."  Will we allow the character his self-absolution?  Will we allow it for ourselves?  Should we?

All Banks questioning allows him to have a bit of writerly fun, too.
"Is this what writers do all the time,"  the Kid asks the Writer, "sit around asking themselves questions that can't be answered?"
"Yeah.  And when they can't answer them they write about them."
"Why?"
"To give somebody else a chance to answer them."
"Does it work?"
"Sometimes."

Banks must have crossed his fingers at this point in the story (page 372 of 419), because the Writer is about to fulfill his purpose in the novel.  Banks has deliberately created such a cloud of lies, secrets, and mystery that without the introduction of the Writer the poor Kid (not to mention the poor reader) might never figure out what's just happened.  So, this freelance writer of travel articles is parachuted in by Banks as an dues ex machina device to allow us to make sense of the novel and get on with our lives without feeling cheated by Mr. Banks.  This is always a tricky ploy for an author, but Banks brings it off.

Lost Memory Of Skin, HarperCollins e-books, 2011, is written in a way that marks it as a familiar Russell Banks book.  It also has some innovations that indicate a writer that continues to learn and grow.  That's what both the reader and the writer want in each new work  This one does, anyway.
Posted by Brian at 4:06 PM