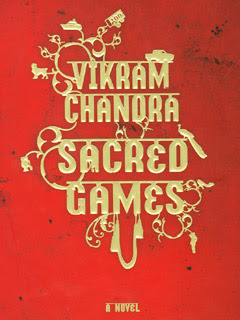 Vikram Chandra's novel, Sacred Games (Harper Collins, 916
pages) is a big, sprawling, wonderful read. This is a book one curls up with for evening after evening. It's easy to enter the lives of its characters and become fascinated with their activities. Chandra's characterization reminds me of Dickens: his characters swell with a perfectly believable eccentricity. The description of Mumbai is so well done you almost smell the place. You certainly see it in all its garish color.


It's a sad commentary on our video obsessed times that many reviews complain of the length of the book. One would think critics would approve of a modern author proving once again that the more subtle aspects of life can only be delivered by the long fiction form. In fact, most of the reviews I read seemed to miss the point. They complained that the "inserts" Chandra uses to tie the characters and their lives together in an unbroken whole are unnecessary and don't 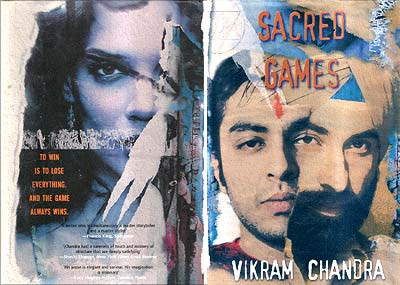 contribute to the story. In fact they inserts make the novel work. Without them we wouldn't understand one of Chandra's main themes: the interconnectedness of all life. Maybe Harper Collins and Chandra were trying to give us a hint by the design of the American cover: a vine on which objects that play key roles in the story hang like fruit. I found the American edition more attractive than the lurid Indian cover, which features realistic drawings of the main characters.


As other reviewers have noted (Paul Gray in the New York Times, January 7, 2007) Sacred Games combines several standard formulas of popular literature to provide a framework for his story. This makes the non-Indian reader comfortable in dealing with the unfamiliar aspects of Mumbai and Indian culture. Sartaj Singh may be a Sikh with a full beard and turban, but he's the familiar detective from thousands of cop stories: single, lonely, trying to maintain his dignity in a corrupt society. Ganesh Gaitonde is believable as a Hindu gangster because we've encountered his type in all the Mafia stories we've read. Gaitonde carries on a telephonic relationship with Jojo Mascarenas, who comes from a background many westerners would find incomprehensible, but practices as a high class procurer who we've all encountered before in popular fiction.


As believable as I found the formulaic characters presented by Chandra, I occasionally squirmed a little when they moved outside the limits imposed by the genres they are drawn from. Gaitonde, as a gangster, is quite acceptably investing his money in the film industry. After all, the complexity of the business makes it a favorite laundry for dirty money. When he takes an active part in writing the scripts, becomes emotionally involved with the characters, and fancies himself a critic, he verges on the unbelievable. I can also see a gangster who is superstitious, even religious in a sense, but Ganesh's involvement with his Guru is a little too spiritual for me to swallow. This is, after all, the same guy who unblinkingly guns down anybody who stands in his way.

All-in-all though, Chandra has taken the best parts of our comfortably worn modern literary conventions and melded them together into a wonderfully readable novel. Prove the critics wrong--read it.
Posted by Brian at 6:05 PM